eco-classroom presented an innovative speeded up timetable to the overall programme of works suggested in the original bid from the client. So we significantly reduced the disruption to the school during term-time. We achieved this by completing the majority of demolition, groundworks and frame erection whilst the school was unoccupied. In total 5 new eco-classrooms were designed and installed as double and triple classroom units, and skillfully positioned into the school's tight site.

To start with two classrooms were demolished whilst the other two classrooms remained until they were demolished at the end of the programme, to ensure the children  had non-disrupted learning during the build.   The clients were so impressed with what they received for their money - the quality of the finished product was far superior to what they originally expected or hoped for. So they were totally satisfied with eco-classrooms on factors including the Quality of Service provided, and on delivering the project on time and within budget.  Likewise the children are really impressed with their new classrooms - see some of their letters below.

Because the school is less than 0.5 miles from one of Europe's busiest airports and runway, a significant reduction in acoustic noise levels was needed. This was far higher than a true relocatable modular building could achieve.

The client also required superb thermal insulation levels, to reduce the associated running costs of the building. These eco-classrooms achieved excellent EPC ratings of 28 - on the cusp of A rated, with a Buildings emission rate of 14.29 (kgCO2/m2). 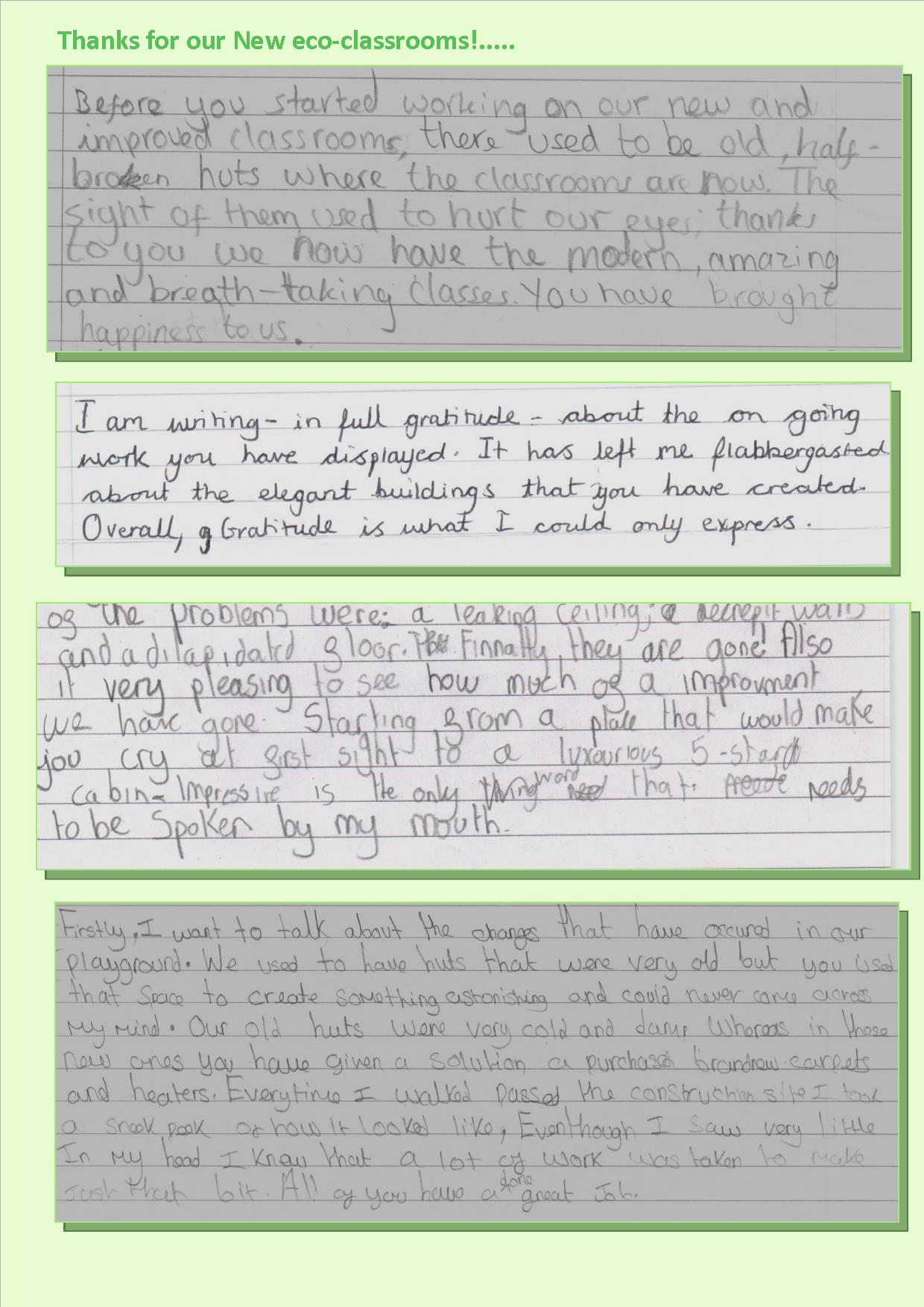